Review | The Notebook by Nicholas Sparks 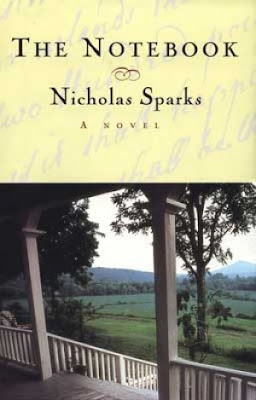 Every so often a love story so captures our hearts that it comes more than a story - it becomes an experience to remember forever. The Notebook is such a book. It is a celebration of how passion can be ageless and timeless, a tale that moves us to laughter and tears and makes us believer in true love all over again...

At thirty-one, Noah Calhoun, back in coastal North Carolina after World War II, is haunted by images of the girl he lost more than a decade earlier. At twenty-nine, socialite Allie Nelson is about to marry wealthy lawyer, but she cannot stop thinking about the boy who long ago stole her heart. Thus begins the story of a love so enduring and deep it can turn tragedy into triumph, and may even have the power to create a miracle...

The only other book of Nicholas Sparks I have read is Safe Haven and I thoroughly enjoyed it. I love the movie of The Notebook, so I naturally wanted to read the book.
This is one of the very few times where I think the movies trumps the book! The book was fine and told the timeless tale of Noah and Allie. Their ups and downs and the story of their love and all the things they had to overcome to be together. The movie explained it better and of course emphasized on their memories and how things developed and ran it's course.
The book flowed well and didn't linger on any one part of the timeline of events through the book. There was some back and forth as Noah was reading to her, it would go from him reading the notebook to back to the time where the event he was reading took place.
I'm not a fan of third person stories, and this was told in third person. I would have preferred it be told in single or dual parts, but other than that I liked it.
I have no desire to continue on with this series though. 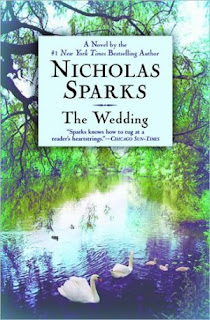 Nicholas Sparks is one of the world's most beloved storytellers. All of his books have been New York Time bestsellers, which over 105 million copies sold worldwide, in more than 50 languages, including over 75 million copies in the United States alone. 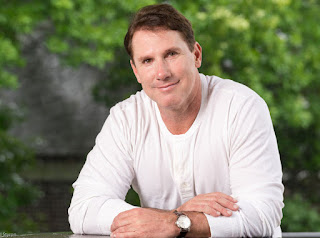 Sparks lives in North Carolina. He contributes to a variety of local and national charities, and is a major contributor to the Creative Writing Program (MFA) at the University of Notre Dame, where he provides scholarships, internships, and a fellowship annually. He co-founded The Epiphany School in New Bern, North Carolina in 2006. As a former full scholarship athlete (he still holds a track and field record at the University of Notre Dame) he also spent four years coaching track and field athletes at the local public high school. In 2009, the team he coached at New Bern High School set a World Junior Record in the 4 x400 meter, in New York.