COVER REVEAL|Jameson (A Brothers in Ink Novel) by Nicole James

Jameson O’Rourke owns the primo tattoo shop in town, one he’s worked hard to build. And in his industry, he’s the current ‘it’ boy, the reigning King of Ink. His career is on fire, so hot television has even come calling. And as a result, the town bad-boy has now become the town’s favored son.

Ava Hightower needs his face on her flyers, if she is to have any hope of her charity gala and bachelor auction being a success. Unfortunately, they get along like oil and water. He’s a hardheaded, controlling jerk, and she’s already had one run-in with the man. Asking him, of all people, for help is the last thing she wants to do.
Not exactly a match made in heaven.

Jameson doesn’t think too highly of Miss Hightower, either.
To him, she’s just an uptight, stuck-up know-it-all; a little Miss Goody-two-shoes. Not in a million years was she the type that he’d have anything to do with. Unfortunately she is also on the city council, and therefore has the ability to screw with his business.
He needed her help once before, and she shot him down.
Now the tables are turned, and she needs his help. Well, my, my, sweetheart, karma can be a cold-hearted bitch.

But, hey, maybe he could work this to his advantage.
You scratch my back, I’ll scratch yours, and all that crap.
So they cut a deal. One he has no intention of ever having to fulfill, because he plans to make it impossible for her to keep her end of it.
She thought she could outlast him. Guess again, sweet thing. She may be a stubborn woman, but she’s met her match. And he has no intention of letting her win this game.
Be warned, sweetheart, because the King of Ink has plans to push your limits in ways you’ve never imagined.

Nicole James grew up in the suburbs of Chicago. As a child, she wrote her first book, Charlie the Firefly, at the age of eight. Her mother knew long before she did that she would someday become an author. Growing up, she spent many happy weekends and summers in Michigan at a cabin on a lake. Winters, she loved to ski. As an adult, Nicole has traveled all over the West and South. She has lived in Illinois, Arizona, Georgia and Alabama. She has a love of motorcycles, writing, reading and the beach. Her favorite city is New Orleans. She loves music of all kinds, but especially the blues. She has two wonderful sisters, two fabulous kids, one awesome son-in-law, and an adorable granddaughter. 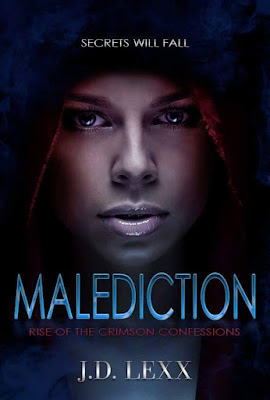 Some devote a lifetime to the endless pursuit of love. Others spend even longer trying to outrun it. Between the shimmering lights of Paris and New Orleans’ commercialized sin, author J.D. Lexx embarks on his latest hunt. Once content to walk blindly in the light, these days he prowls a different world, one of shadow and sensuality where flesh yields to the probing hungers of fantasy. Driven by painful reminders of opportunity left unseized, he roams, tirelessly seeking the next in a growing collection of Crimson Confessions.
Yet these tales of conquest and seduction which have brought such notoriety are merely bait for a more transcendent prey. The one he truly stalks is infinitely more elusive, and lethal in her charms. To win her over, and write the happy ending to this unfinished story, an infamous collector of secrets must now lay his own bare for all to see. Chasing a trail of enticing exploits stretching from Sin City to Prague, every stop leads him back to the beginning…and one step closer to her. 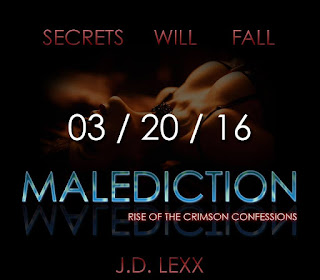 International attorney, award-winning journalist and last of a modest raconteur bloodline, J.D. Lexx has been a storyteller for most of his life, and a student of humanity for even longer. Perhaps it’s no wonder that he takes such pleasure in the subtle tease of the written word, in kindling curiosity with every shared tale and then daring the imagination to continue on beyond “The End”.

A traveler by nature, Lexx spends most of his time between the frenzied streets of New York and the slower pace of New Orleans’ Vieux Carré. When not exploring the sensual psyche through his writing, he can usually be found honing his skills in the kitchen or working alongside charitable organizations to promote literacy and tolerance—two causes not only reflected in his work but forever dear to his heart.