COVER REVEAL│Eventide:The Reclamation of Fallon (Daughters of the Sea) by Kristen Day

The next thrilling installment of the Daughters of the Sea.

This novella will be available November 4th


I am a southern belle at heart with a crazy streak that desperately tries to escape at every opportunity. I love all things nostalgic, rustic, and quirky. I’ve been told I see the world through rose-colored glasses, but I prefer to think of them as kaleidoscope glasses – swirling and morphing reality into something I can digest (who hasn’t pretended those pasty lima beans were really kiwi strawberry jelly beans?).

When I’m not writing I’m making jewelry, painting, drinking sweet tea, watching the discovery channel, or going on random adventures in the mountains of North Carolina with my amazing husband.

“My daddy always told me, you could
never run out of second chances…”

Tegan
Callahan has sworn off bad boys for good. Growing up on tour with her rock star
brother, she knows first-hand the damage they can do. She’s looking for a nice,
safe, stable guy – until a chance encounter with a devastatingly sexy stranger
makes her question everything she thought she wanted.

Ryland
James arrives in Beachwood Bay on the run from his mistakes. He knows he’s the
last thing Tegan needs, but somehow, he can’t stay away. There’s something
about her fierce beauty that draws him in – and makes him vow to protect her,
whatever the cost.
A
passionate destiny…

Their
bond is undeniable; the stakes, higher than ever. But the past won’t stay gone
forever, and soon, Ryland must make the ultimate choice: will he risk
everything he treasures in the world, or keep Tegan safe – and sacrifice her
love forever?

Melody Grace is the New York Times bestselling author of the Beachwood Bay series. A small-town girl turned SoCal beach lover, after spending her life with her nose in a book, she decided it was time she wrote one herself. She loves steamy romance novels, happily-ever-afters, and lusting after fictional menfolk. She is author of USA Today & international bestselling Beachwood Bay series. 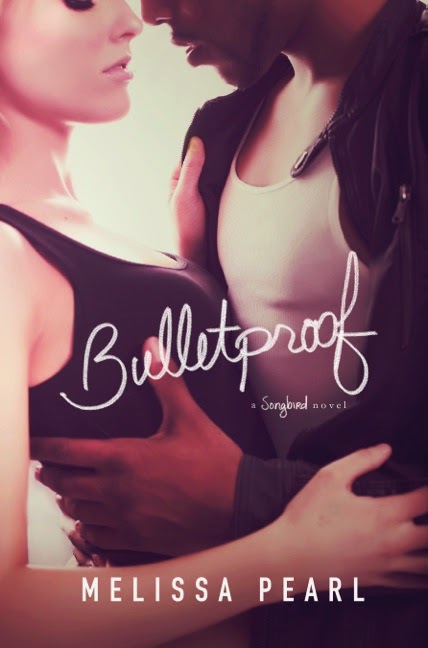 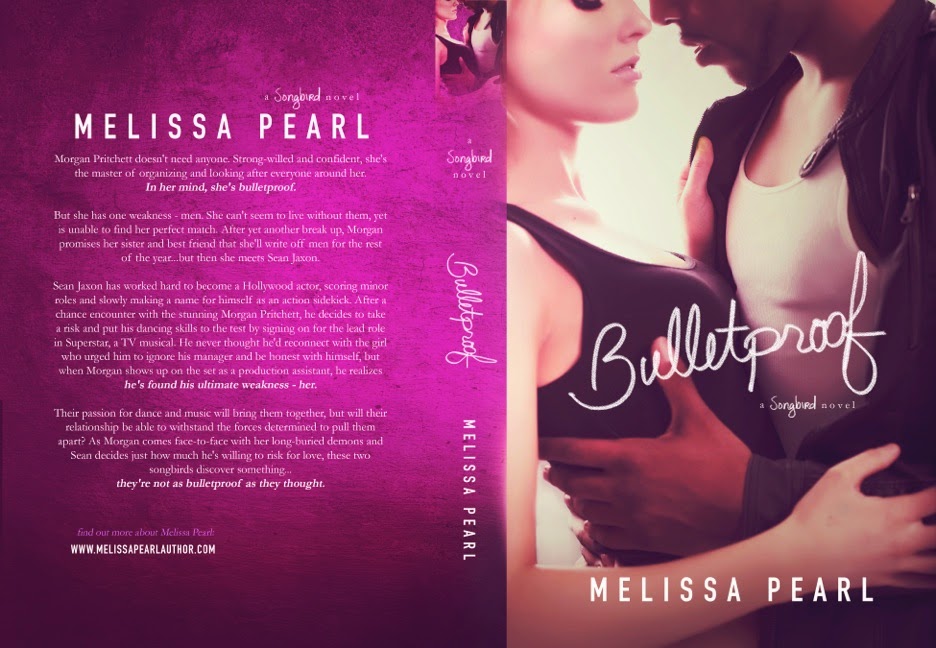 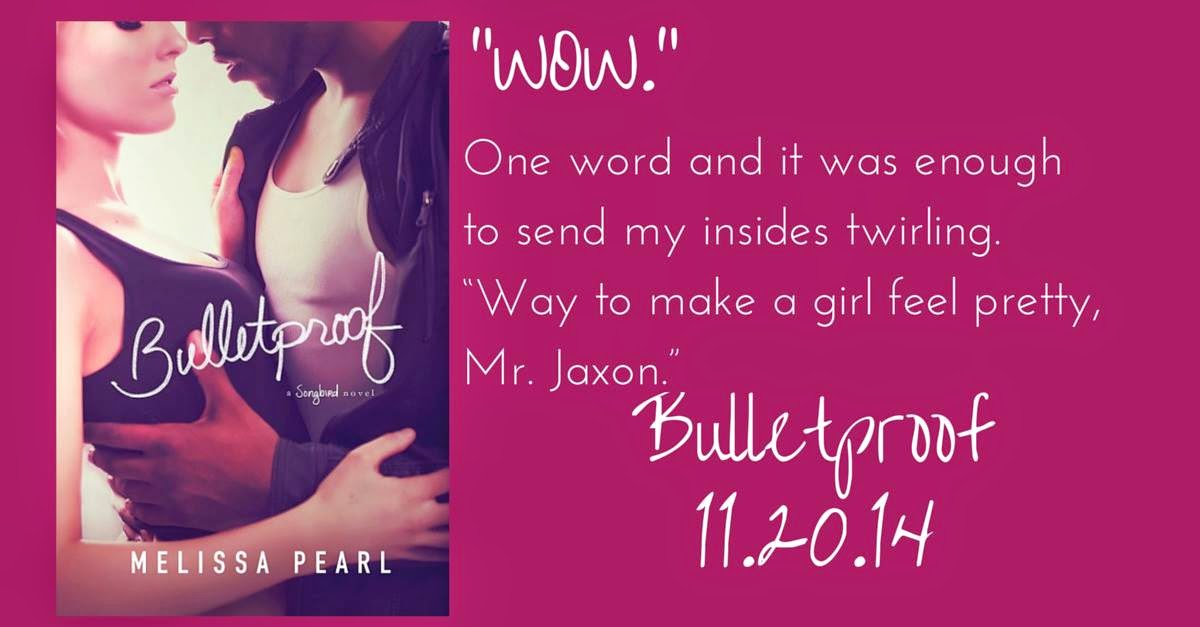 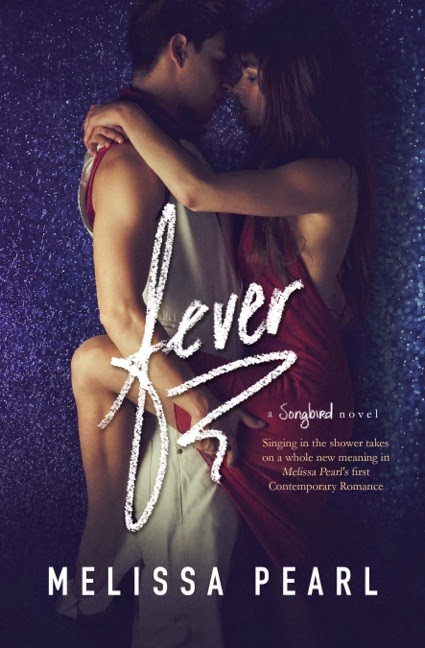 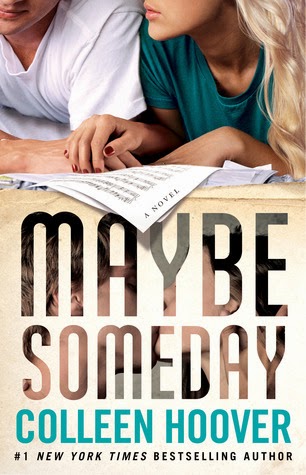 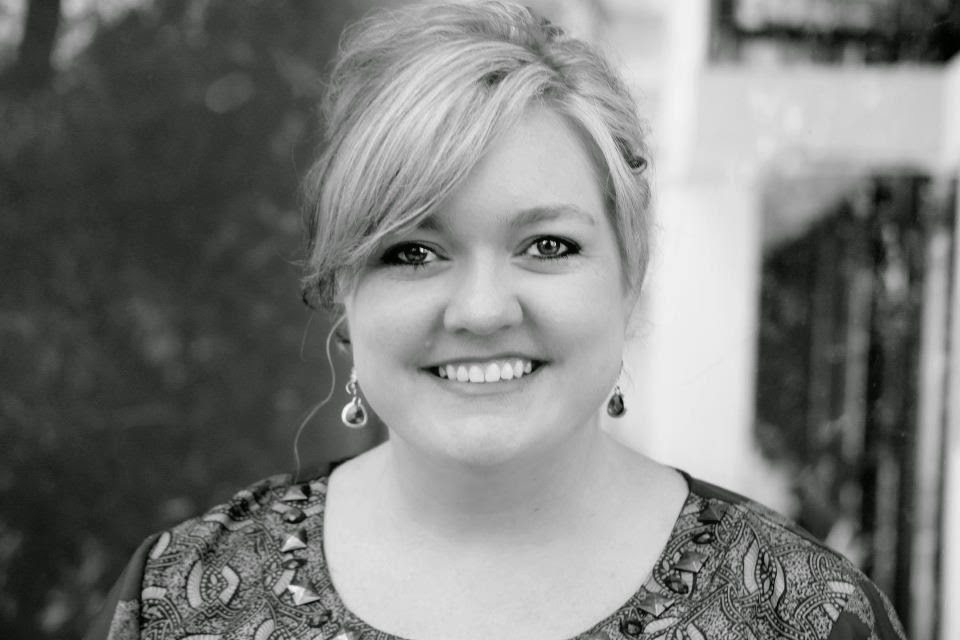 CRYPTID CHRONICLES BOOK #1 IS FREE!
AND there are new covers for the series! 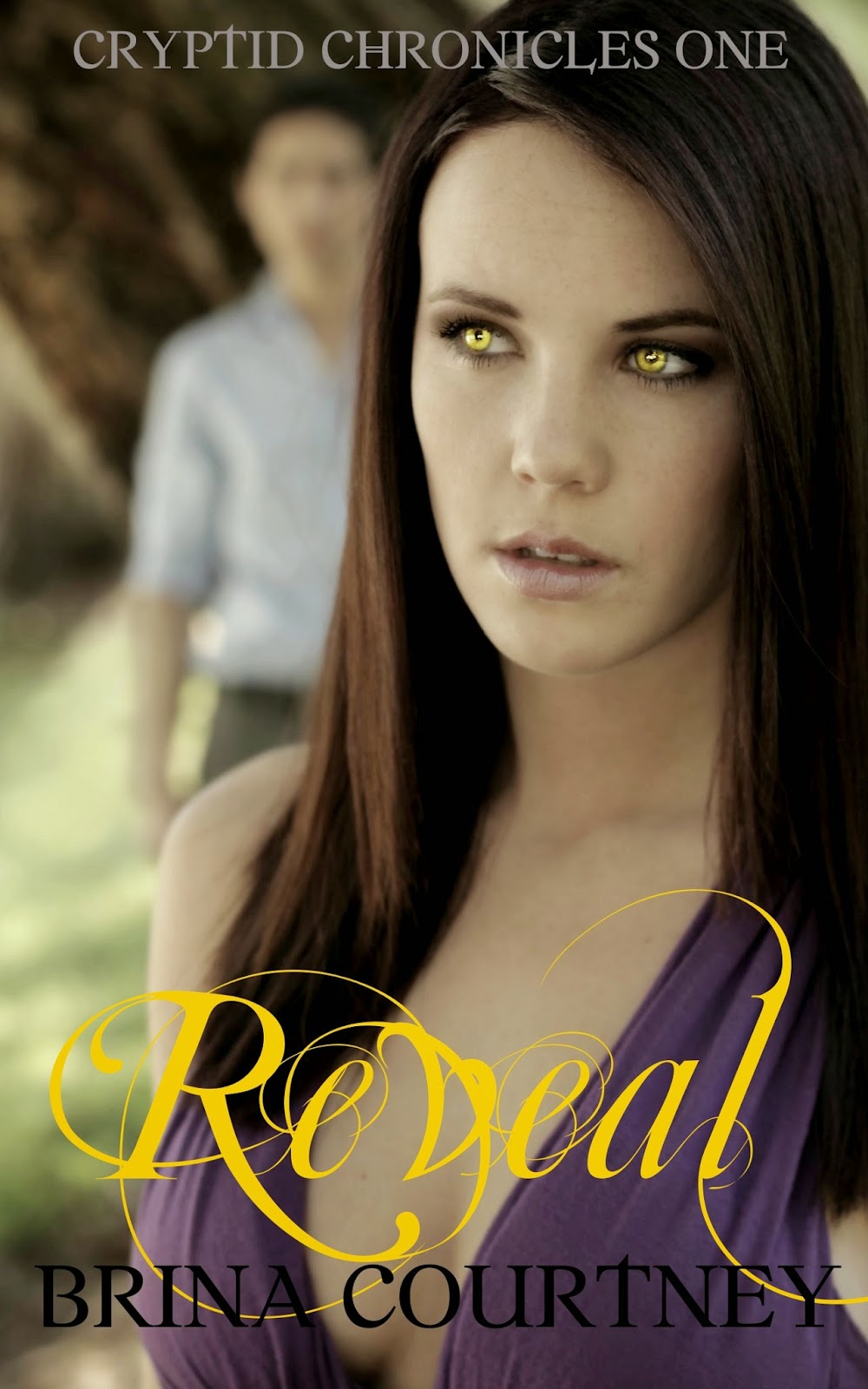 You think seeing ghosts is weird? Tell me something I don't know.
My childhood best friend Jeremy, happens to be a ghost.
My life is a puzzle, and the biggest piece missing has been my dad. Since his disappearance when I was six it's been tough, but Jeremy has been by my side through it all.
But now Jeremy has gone missing too and I feel like I'm never going to get all the answers I've been looking for.
Fate intervenes when Hugh, a real live college beefcake, starts taking an interest in me. He divulges that he also shares my little "gift" of seeing the dead I know I'm finally getting closer to finding all the pieces.
However, the more the puzzle is completed, the more questions I have.
Senior year is hard enough as it is, but clearly I like a challenge. 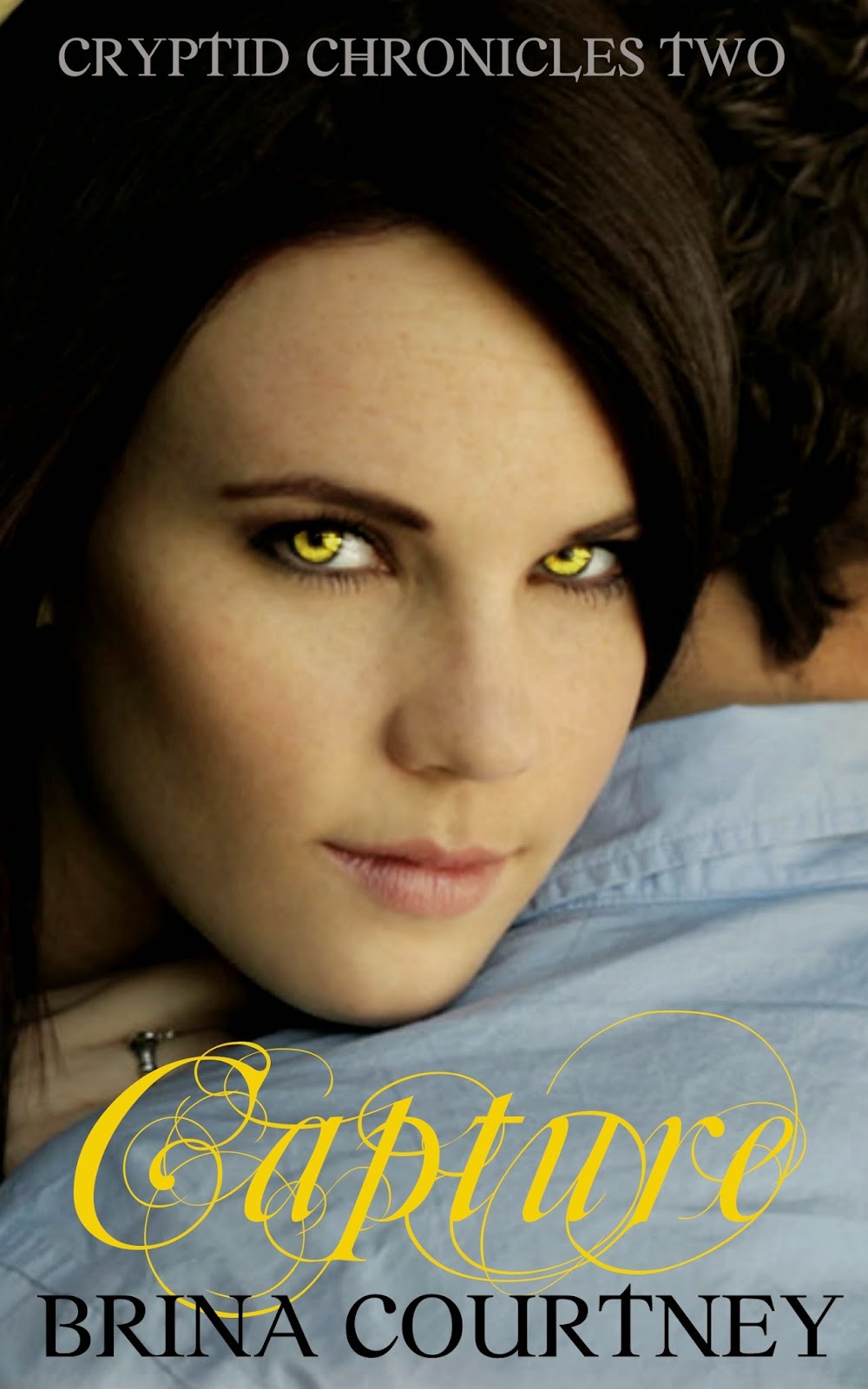 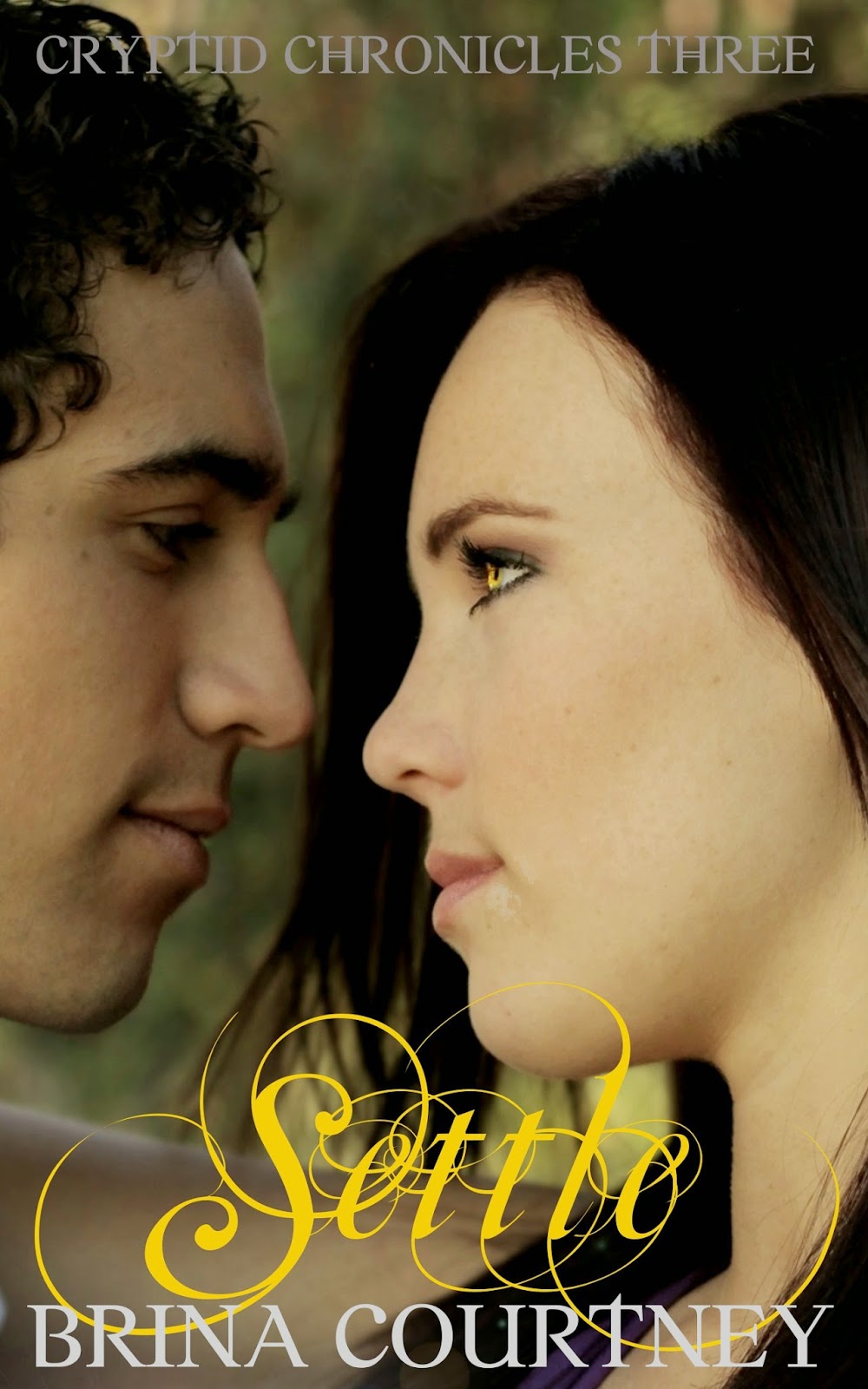 You can find these two (with their beautiful new covers) on Brina's Amazon author page HERE.
And here on Barnes & Noble HERE. 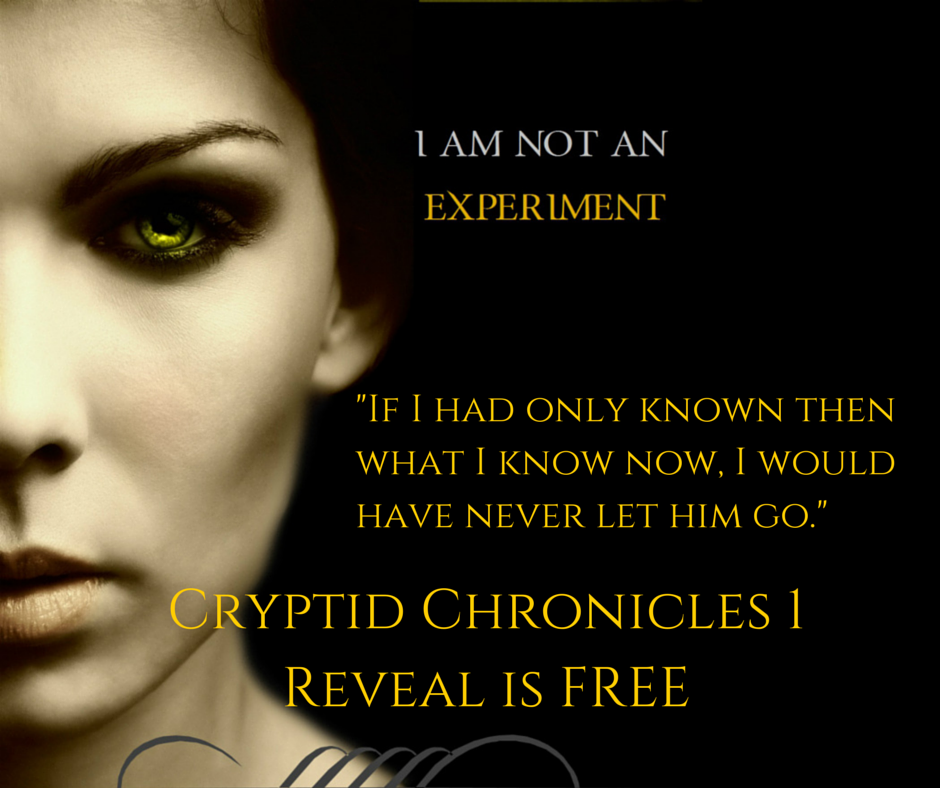 AND AS A BONUS!
Here is an excerpt from Brina's upcoming release, the Camryn Cross series, releasing October 27...
“You have to run. You have to go now Camryn!”
My blood pumped through my body like it was on fire. I didn’t want to leave but something was telling me to go. Something besides my frantic mother.
“I don’t understand! What’s going on?”
My father looked at me sternly. “The world is falling apart. You have to go, to be safe.”
I shook my head. “You have to come with me,” I pleaded. I was only seventeen, I didn’t want to go alone.
The looked at each other, their eyes sparkling with the liquid from their tears. My mother nodded. “Take Kiley,” my father said.
“Kiley? But shouldn’t she be with her family?”
“She won’t have a family soon. Now go pack a bag for camp. I’ll call her family.”
“It’s the right thing to do,” my mother agreed solemnly.
“But you have to tell me why! Why do you want me to go to camp? I haven’t been there in years!”
My mother grabbed me and pulled me into a warm hug. “It’s the only place you’ll be safe. You’ll be with your own kind.”
I pulled away from her, “My own kind? What the hell does that mean?”
My mother looked away. I looked to my father for comfort. “Dad, what is she talking about?”
He sighed. “She’s talking about other babies that were born like you. People who are special. You, Camryn, you are so special.”
Special. My own kind. My heart raced. Who was I?