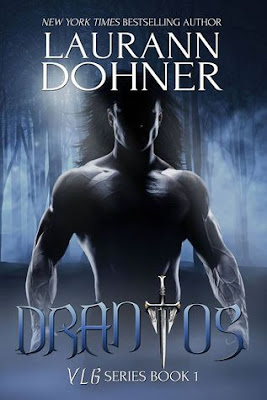 For most, a plane crash means the end of life. For Dusti Dawson, it's just the beginning... Dusti and her sister Batina survived the crash, thanks to a couple of brothers who are equal parts menacing and muscled. She'd be fretful...if they hadn't turned out to be the delusional kidnappers, who believer Dusti's grandfather is some monstrous halfbreed creature bent on murder. Turn out Vampires, Lycans, and Gargoyles do exist- and they've been crossbreeding to form two hybrid races. Dragnets, the man Dusti can't stop lusting after, is one of the most dangerous of all. VampLycans Drantos and Kraven were sent to eliminate a threat to their clan. But when that threat turns out to be most y human women, clueless of the lineage, plans change- especially after Drantos gets a taste of Dusti's blood. Now, he'll die to protect her. Even if that means walking away form everything he knows to keep her at his side. Is her strong desire for Drantos reason enough to endure danger coming from all sides? Or should Dusti cut and run the first chance she gets?
Author Note* VLG stands for Vampires, Lycans, Gargoyles...and breeds in between. Living in Alaska is harsh, pristine territories, these creatures live and love fiercely. These are their stories.

Laurann Dohner has this way of creating worlds and characters who you wouldn't believe existed and blend them into modern day society. Not just anyone can pull that off and she does seamlessly.  I enjoyed the history and new origin of the hybrids, it was all very facilitating. Just enough thriller as romance in the story line. Strong female characters ad well as the protectiveness traits of the males characters.
Usually, as a female I don't like to read books with over dominating and loud males telling the woman what to do, how to do it and that's that. With these male characters in VLG, much like in the New Species series, it is part of who they are. Men act like cavemen, protecting their women and that's how its done. It works because in this series, the history and the fact that they aren't human, or completely human anyway. It's a society that isn't like most and they have their laws and ways that work and keep their clans safe.
I really enjoyed this book and I plan to continue with the series! 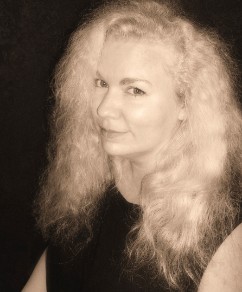 I'm a full time home "supervisor" which is a nice word for saying I'm a housewife. I'm married happily, I met my dream guy 20 years ago, and we have 4 children. I live in Southern California and I can't function without iced coffee. I believer in romance, Ive always been a daydreamer, and I'm a HUGE fan of books, always have been. No, I didn't know that I always wanted to write. I inhaled books as a child. I read entire series (Pippi Longstocking, Nancy Drew and The Hardy Boys, Trixie Beldon, The Borrowers, etc) in a matter of days at a time. BY the time I was nine years old I had an adult library card where I visited often. I moved on to John Saul, Stephen King, Richard Laymon, Agatha Christie, and then found romance. I was hooked. I wrote poetry in my teens and then moved on to short stories. My first book was started after I read a real bomb of a book that ticked me off with really horrible characters and a plot that was shabby at best and I thought... I could do better. LOL I wrote my first book which will probably never see the light of day in the early 90's. I wrote a series of  a few books from it. I'm a series Fan! I kept writing for  fun wrote MANY books and then in 2009 I decided to try to get published. I wrote my first Sci Fi romance and Ral's Woman came to be. I submitted it and with a little tweaking, Ellorascave sent me an acceptance letter. I was kind of a "Cinderella" experience for me. It's been a terrific ride so far and I'm really happy that I finally had the time to commit to writing full time. It's a dream come true.

SaveSave
Posted by BookTalkWithJess at 9/27/2017