Scarlet Lucas arrived in the big city determined to use her MBA to change the world for the better, but New York City is full up on small town girls with big dreams, and Scarlet is forced to take work as a secretary for the ferociously attractive and mysterious Liam Grayson. On Halloween, when Liam rescues Scarlet from an overly handsy date, Scarlet decides that Liam must be the Wolf to her Little Red Riding Hood. As a shifter wolf, Liam knows that a relationship with a human is the last thing his pack would ever allow, but Scarlet in an itty-bitty red hood is just too tempting and he can’t resist bringing her home for just one night… and the night after… and the night after that. As Liam and Scarlet grow closer, threats from their families, warlocks and their own employer have them questioning whether or not their relationship is meant to be. Before Liam and Scarlet can share their truths, Liam is the victim of a vicious attack that leaves him trapped in wolf form. Now Scarlet must face down not only warlocks, but Liam’s own pack in order to save him. This Little Red Riding Hood is truly lost in the woods, but the Wolf is depending on her to survive, and Scarlet must call on resources and magic she didn’t know she had in order to get her happily ever after. 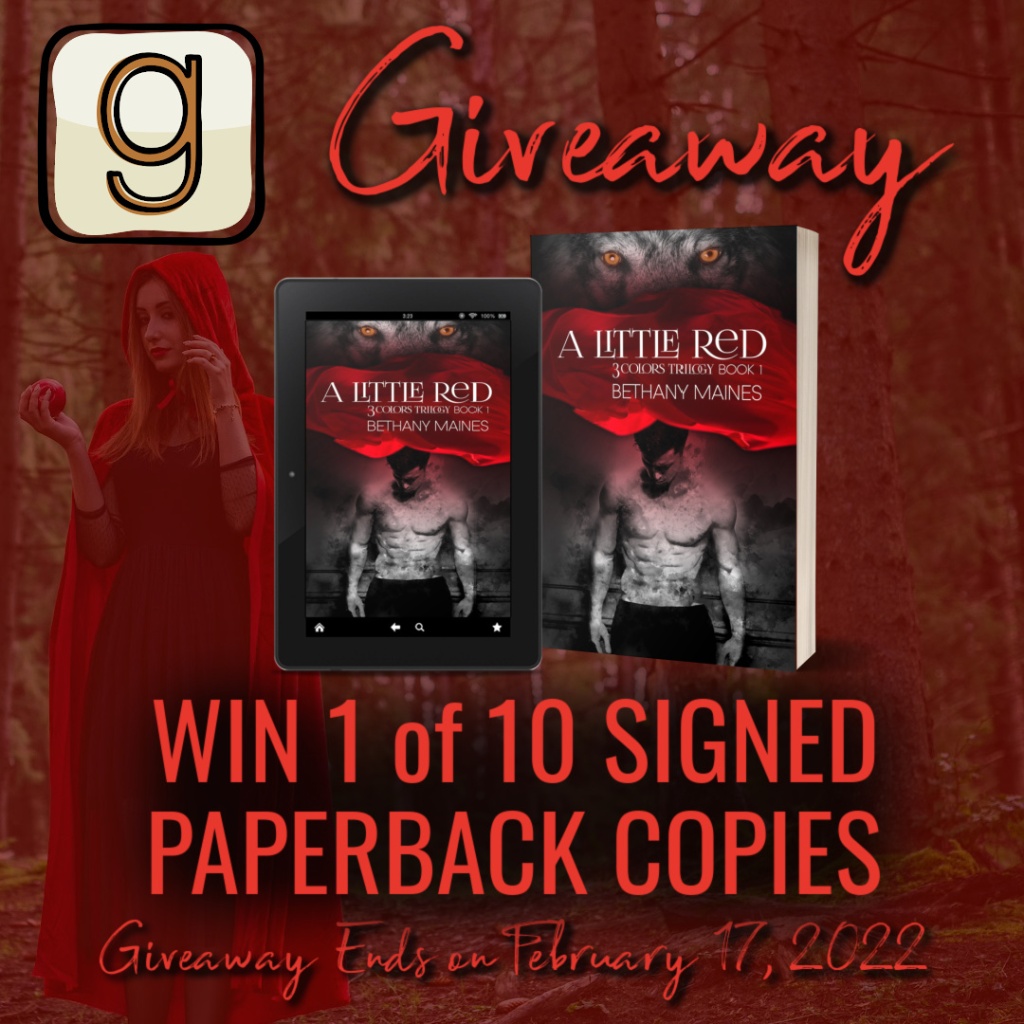 Bethany Maines, a native of Tacoma WA, is the award-winning author of romantic action-adventure tales that focus on women who know when to apply lipstick and when to apply a foot to someone’s hind end. When she’s not traveling to exotic lands, or kicking some serious butt with her black belt in karate, she can be found chasing after her daughter, or glued to the computer working on her next novel. You can also catch up with her on Twitter, Facebook, Instagram, and BookBub.