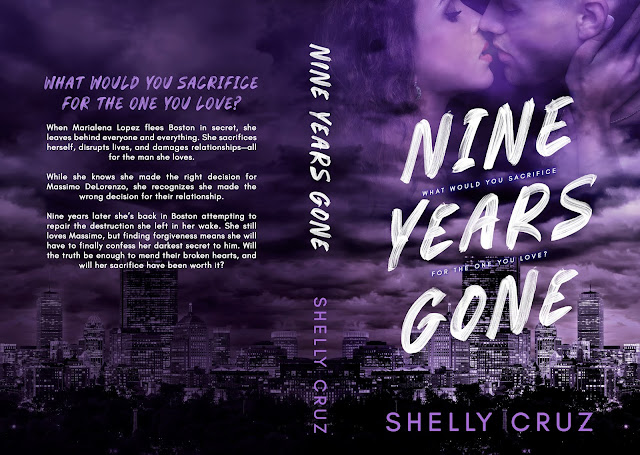 What would you sacrifice for the one you love?

When Marialena Lopez flees Boston in secret, she leaves behind everything and everyone. She sacrifices herself, disrupts lives, and damages relationships—all for the man she loves.

Nine years later she’s back in Boston attempting to repair the destruction she left in her wake. She still loves Massimo, but finding forgiveness means she will have to finally confess her darkest secret to him. Will the truth be enough to mend their broken hearts, and will her sacrifice have been worth it?

Shelly Cruz is a native Bostonian who lives in Miami, FL with her Husband and their rescued dog. She’s a Latina Lawyer who survives on cafécito and yerba maté, is obsessed with wearing lipstick, and speaks fluent Spanglish.