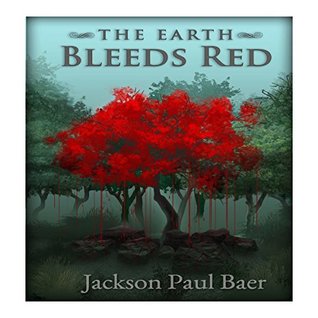 Scott Miller has everything he’s ever hoped for. He has a successful marriage to Jessie, a stunningly beautiful, creative woman. His seventeen-year-old daughter, Ashley, is both gorgeous and intelligent, and has just been accepted to the University of Notre Dame, where Scott received his PhD. He has a comforting home in the woods, and a fulfilling career as a college professor at Oregon State University in Corvallis. He’s blissful, and at peace, until it all comes shattering down.

Ashley is kidnapped. The scene of the abduction is horrific and bloody, and the police are convinced she couldn’t have survived. They accuse her boyfriend, Brandon, of Ashley’s murder. He declares his innocence, and claims that a masked man who entered his house and overwhelmed them both took Ashley. No one believes Brandon.

Then the bodies of three other missing girls are discovered, all bearing the mark of a known serial killer the FBI has been hunting for years. Evidence mounts. As Special Agent James Duncan tracks the Hail Mary Killer, Scott and Jessie try to move on with their lives. But they can’t shake the feeling that Ashley may still be alive, and that the time for saving their only daughter is quickly running out.

In the best tradition of literature and suspense, Jackson Paul Baer has weaved a heartfelt tale of one family’s struggle to survive after a despicable evil wrenches them apart.

Mr. Baer was kind of enough to gift me the audio book for The Earth Bleeds Red for an honest review. I'd like to thank him again for offering this book to me to listen and review.

The synopsis is intriguing and the genre isn't my usual read, so of course I was excited to try something new and out of my norm. This isn't an easy review for me to write if I'm being completely honest. There were aspects of this story that I loved and then there were some that left a bad taste in my mouth.

Let me start off with what I loved about this story. I loved that Scott, the father, talked a lot about his faith in God and why God allows horrible things to happen to good people. I believe many people, including myself, have asked this many times throughout our lives. Without getting into any spoilers, the events that happen in the story, make it easy to empathize with the characters and they are very easy to relate to. You are left thinking, what would I do if this happened to me and my loved ones?Would I question God the same? Why does horrible and unimaginable things happen to good people and those who are guilty seem to get away with so much.  The Premise of this story is amazing, yet fairly predictable.

Now on to the things I didn't like. TOO MUCH DETAIL!! The beginning seemed to drag on and on with unnecessary details about the family. I understand it was giving us a backstory and look into how happy and close they are as well as the other characters that the background was provided for. Transitioning from scene to scene, character to character was choppy. It would jump from one thing to another and there would be no transition whatsoever. There was so much going on throughout the last half of the book, it was hard to keep up with at times.

Last, but not least, I hated the ending. With so much talk about faith throughout the story, the ending was heartbreaking.

As I said in the beginning, this wasn't an easy review to write. Not knowing what is too much and what is not enough. I can't say I would recommend this to anyone who doesn't read the genre. If you are into mystery and phycological thrillers, this may be your cup of tea. With this being the authors first book, I won't rule out this author until I've read more of his work. 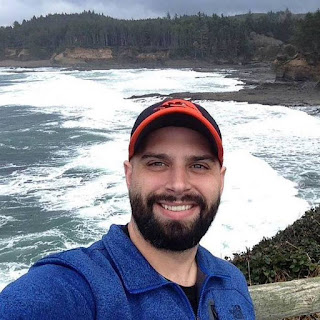 I'm a professional thrifter who is happily married, the father of four children, and an avid runner. I was born and raised Georgia, and spent time in Oklahoma, California, Connecticut, and then Oregon, as an adult. I'm a graduate of Oregon State University and now reside in North Georgia, raising my family, near family.My first book, The Earth Bleeds Red, was released in 2013. It is currently available on the Kindle, in paperback, and as an audiobook on Amazon/Audible/iTunes. My second book, The Lights Will Never Fade, campout in Jan '18. I've recently signed with Evolved Pub for my new contemporary fiction/suspense series, An American Family (Fall 2018)I'm a bit of a free spirit who enjoys working from home, traveling around, look for treasures to share, and creating worlds that otherwise would not exist. Thrifting and writing are my two passions, and I'm fortunate to be able to do both.