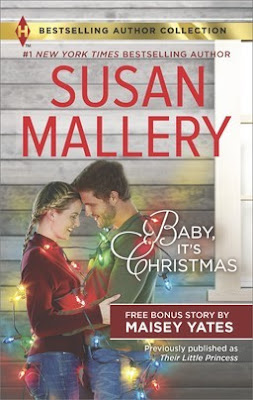 'TIS THE SEASON Dr. Kelly Hall had lost all hope of ever having a family -- until single father Tanner Malone burst into her hospital and asked her how to raise his newborn daughter. What else could she do, so soon before Christmas, but lend her expertise to the gorgeous contractor?

After a devastating heartbreak, Kelly has given up on happiness. Nonetheless, Kelly can't deny the attraction...or the hope she'll get the husband and family she's always longed for.

As the days move closer to Christmas, it's clear to Kelly that Tanner -- and his daughter -- is what's missing from her life.

First published as Their Little Princess by Silhouette Books in 2000.

Being Christmas time, I felt like I needed a little Christmas Romance pick me up Baby, It's Christmas delivered!!! No pun intended!
I loved how the story flowed with all the characters and was sadly not surprised with baby birth mom. Broke my heart, but when Tanner stepped up, I could tell I was going to root for him and I did just that!
Kelly has a past and she is still trying to cope with a important decision she made and if it was the right one, which makes this whole situation with Tanner and his daughter more personal to Kelly. She made a life altering decision and went to medical school and became an OBGYN. (This is where my not so funny comment about "No pun intended" comes in)
I enjoyed how Tanner knew nothing and Kelly had to literally help him getting everything prepared for his daughter.
Baby, It's Christmas delivers all the feels a good book should. There were situations where I just sat there laughing, or shaking my head at Tanner or the situations that these characters got themselves into! There was also the romance. The start of the feelings when it's new and you don't know how the other person feels. When you have doubts and wonder if you act on your wants if it will ruin everything that you have built.
The only thing this book had to do with Christmas though, was the time line which was from right before Thanksgiving through Christmas. I wished there was a little more of a Christmas feel to the story, but nonetheless it was enjoyable.
I did not read the bonus story in this book though... 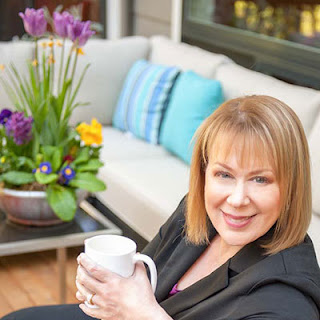 With more than 25 million books sold worldwide, #1 New York Times bestselling author Susan Mallery is knowns for creating characters who feel as real as the folks next door, and for putting them into emotional, often funny situations readers recognized from their own lives. Susan's books have made Booklist's Top 10 Romances list in four out of five consecutive years. RT Book Reviews says, "When it comes to heartfelt contemporary romance, Mallery is in a class by herself." With her popular, ongoing Fool's Gold series, Susan has reached new heights on the bestsellers list and has won the hearts of countless new fans.  Susan grew up in southern California, moved so many times that her friends stopped writing her address in pen, and now has settled in Seattle with her husband and the most delightfully spoiled little dog who ever lived.