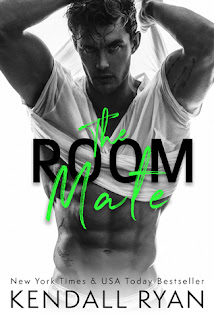 The last time I saw my best friend's younger bother, he was a geek wearing braces. But when Cannon shows up to crash in my spare room, I get a swift reality check.
Now twenty-four, he's broad shouldered and masculine, and so sinfully sexy, I want to climb him like the jungle gyms we used to enjoy. At six-foot-something with lean useless hiding under his T-shirt, a deep sexy voice, and full lips that pull into a smirk when he studies me, he's pure temptation.
Fresh out of a messy breakup, he doesn't want any entanglements. But I can resist, right?
I'm holding strong until the third night of our new arrangement when we get drunk and he confesses his biggest secret of all: he's cursed when it comes to sex. Apparently he's a god in bed, and women instantly fall in love with him.
I'm calling bullshit. In fact, I'm going to prove him wrong, and if I rack up a few much-needed orgasms in the process, all the better.
There's no way I'm going to fall in love Cannon. But once e start,...I realize betting agains him may have been the biggest mistake of my life.

THE ROOM MATE is a full-length standalone novel

This is the first Kendall Ryan book I have read and I definitely plan to read more if not all of them!!
First of all, how can you not like Cannon Roth? The cover alone makes you sigh!! Not to mention he is a Med Student and has the brain and great sense of humor to go with it!!! SIGH!!!
Okay, okay, lets get a little more profession here...well, as much as I am able to at the moment! lol
The story is told in dual POVs of our main characters, Paige and Cannon.  I personally love reading books with the duel POVs.
Paige is a successful young women who is doing well where she is in her life, except the lack of romance. Then her best friend calls her and asks for a favor for her little bro... Of course Paige is a good friend so how could she say no! Right?
Enters Cannon, the not so geeky kid brother of her best friend that she remembers!! He is full on sexy and Paige likes what she see's!!
Will they be able to fight their feelings and instant chemistry or will they throw caution into the wind and become more? You'll have to read to see for yourself, because my lips are sealed!!
The writing was well done and very easy to follow along. All the right emotions were touched for me. I laughed, cried and even squeeled at times while reading it!
I highly recommend this book and will continue the series!!

A New York Times, Wall Street Journal, and USA Today bestselling author of more than two dozen titles, Kendall Ryan has sold over 2 million books and her books have been translated into several languages in countries around the world. Her books have also appeared on the New York Times and USA Today bestseller lists more than three dozen times. Ryan had been featured in such publications as USA Today, Newsweek, and InTouch Magazine. She lives in Texas with her husband and two sons.