Seven novels from some of the hottest names in Paranormal Romance on sale for only 99c! New York Times, USA Today and Amazon Bestselling authors take you on a walk on the wicked side with seven deliciously dangerous heroes sure to set your soul on fire. Regular price is $9.99, so 1-click today! 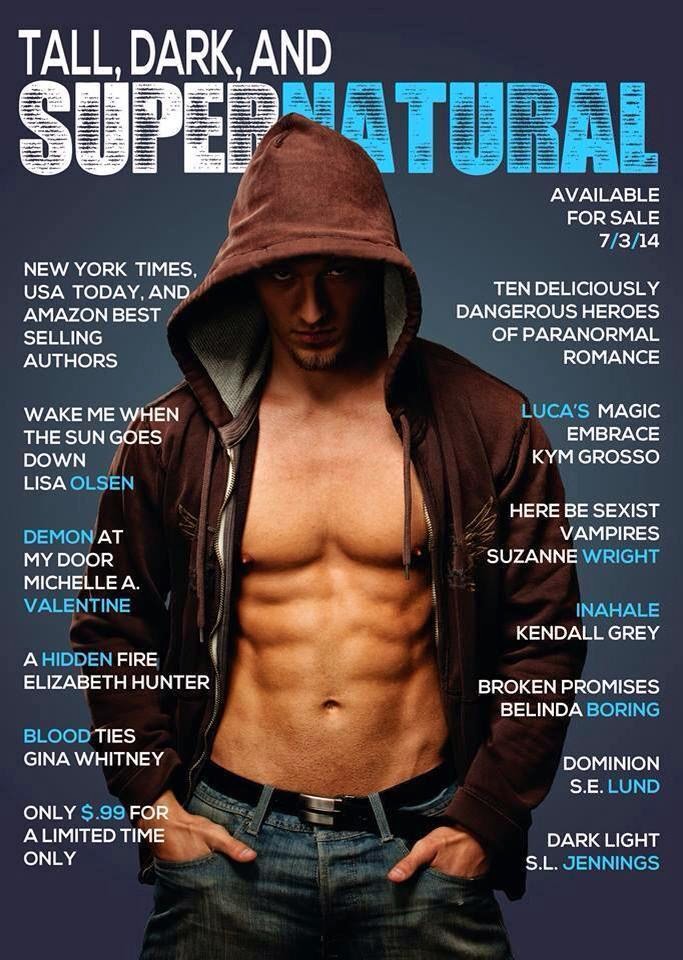 Wake Me When the Sun Goes Down (Forged Bloodlines, Book 1) by Lisa Olsen When Anja Evans wakes up in the morgue, it takes almost eating her best friend before she figures out she’s a vampire. Anja tries to blend school with her new identity, while searching to find the Viking whose blood gave her the strength of a vampire hundreds of years old. But breeding among vampires is strictly controlled, and her unlicensed status makes her an enemy of The Order. A Hidden Fire (Elemental Mysteries, Book 1) by Elizabeth Hunter No secret stays hidden forever. Giovanni Vecchio is a 500-year old rare book dealer searching for a lost treasure. Beatrice DeNovo is the young human holding secrets she didn't realize could be the key. Their partnership is unexpected. Their attraction? Impossible. Blood Ties by Gina Whitney Grace is half witch, and half mortal. James is a powerful warlock. The two share a fierce supernatural attraction that neither can resist. Will their undying love protect her or put her in greater danger? Dominion (The Dominion Series, Book 1) by S. E. Lund When searching for the vampire who killed her mother, Eve Hayden meets 800-year old identical twin vampire brothers – beautiful, temperamental opposites, who both want her for themselves. Will she be forced to choose between love and revenge? Demon at my Door by Michelle A. Valentine A woman must fight to win her soul back from the demon that she promised it to when she was only a child to save her mother’s life. Broken Promises (The Brianna Lane Series, Book 1) by Belinda Boring All Bri wanted was spend her Friday night with the man she loved. Little did she know leaving her home would result in her relationship with Quinn being tested beyond its limits. With the city around her crumbling under a violent charm by invading Fae, Bri must trust her heart as Quinn succumbs to the destructive magic, stripping him of his goodness and leaving a much darker man in its place. What would you do if the man you loved became one of your greatest enemies? Would your love be enough to save him? Luca's Magic Embrace (Immortals of New Orleans Series) by Kym Grosso In the Big Easy, vampire, Luca Macquarie, and witch, Samantha Irving, embark on a spellbinding journey, searching for a mystical relic. With cryptic clues and clandestine allies, they must destroy the dangerous amulet before others acquire it. Will Luca give into his erotic desire for the witch who magically captures heart?