Down the Shore by T. Torrest
New Adult Romantic Comedy
To be self-published in Summer 2014
Cover designed by Hang Le @ By Hang Le

LIVIA CHADWICK is a photographer by day and a self-proclaimed rock slut by night.
Her dating life is a lackluster parade of evasive jerks and her boss is an unrelenting nightmare of a human being.
What else can a girl do but rent a beach house with her girlfriends and blow off a little steam every weekend?
But hey, she’s from Jersey. Barhopping down the shore all season is sort of mandatory.
All is going according to plan… until she meets Jack.
JACK TANNER is a contractor-turned-musician in a small-town cover band suddenly thrust into the limelight.
He’s already had enough of the rock-and-roll lifestyle, and groupies have never been his thing.
Then again… there’s a gorgeous brunette in the audience tonight, checking him out with the most incredible green eyes he’s ever seen.
She's looking for a fling.
He's looking for forever.
It’s gonna be one helluva summer.
Set in the summer of 1995, DOWN THE SHORE takes the reader on a tour through some of the Jersey shore’s hottest hot spots over one, sleepless, flannel-clad summer.
It’s a look back to a time when the music was groundbreaking, the rock clubs were king, and bar bands ruled the world. 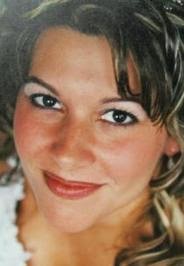 T. Torrest is a New Adult fiction writer from the U.S. She has written may books, but prays that only a handful of them will ever see the light of day. Her stories are geared toward readers of any age that know how to enjoy a good laugh and a dreamy romance.
She likes Pina Coladas and getting caught in the rain. She's not much into health food, but she does enjoy talking about herself in third person.
A lifelong Jersey girl, she currently resides there with her husband and two boys.