Book Tour: It Ain't Me, Babe by Tillie Cole│Excerpt 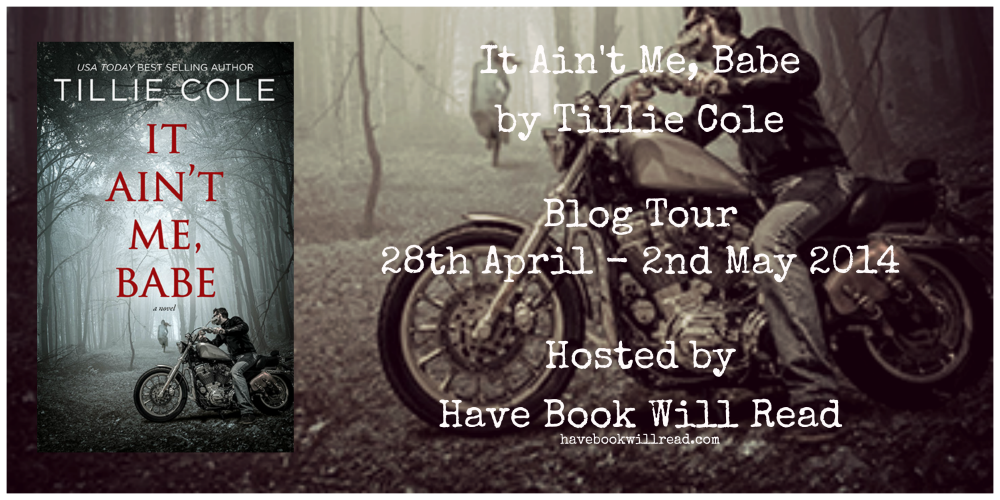 A meeting that should never have happened.
Many years ago, two children from completely different worlds forged a connection, a fateful connection, an unbreakable bond that would change their lives forever…

Salome knows only one way to live—under Prophet David’s rule. In the commune she calls home, Salome knows nothing of life beyond her strict faith, nor of life beyond the Fence—the fence that cages her, keeps her trapped in an endless cycle of misery. A life she believes she is destined to always lead, until a horrific event sets her free.

Fleeing the absolute safety of all she has ever known, Salome is thrust into the world outside, a frightening world full of uncertainty and sin; into the protective arms of a person she believed she would never see again.
River ‘Styx’ Nash knows one thing for certain in life—he was born and bred to wear a cut. Raised in a turbulent world of sex, Harleys, and drugs, Styx, unexpectedly has the heavy burden of the Hades Hangmen gavel thrust upon him, and all at the ripe old age of twenty-six—much to his rivals’ delight.

Haunted by a crushing speech impediment, Styx quickly learns to deal with his haters. Powerful fists, an iron jaw and the skillful use of his treasured German blade has earned him a fearsome reputation as a man not to be messed with in the shadowy world of outlaw MC’s. A reputation that successfully keeps most people far, far away.

Styx has one rule in life—never let anyone get too close. It’s a plan that he has stuck to for years, that is, until a young woman is found injured on his lot… a woman who looks uncannily familiar, a woman who clearly does not belong in his world, yet a woman he feels reluctant to let go…

I willed my tired legs to keep pumping. My muscles burned as though injected with venom and my bare feet were completely numb as they slammed onto the cold hard forest floor, but I would not give up… could not give up.

My eyes darted around the dark forest, searching for the disciples. None to be seen, but it was only a matter of time. They would soon realize I was missing. But I could not stay, could not do my pre-ordained duty to the prophet; not after what happened tonight.

My lungs burned with the severity of my sharp gasps and my chest heaved with overexertion.

Passing the third watchtower, unseen, I let myself feel a momentary sliver of joy—the perimeter fence was not too far away. I allowed myself the hope that I might actually get free.
Then the emergency siren wailed and I shuddered to a stop.

They know. They are coming for me.

They could not find me. I could not let them find me. I knew the rules. Never leave. Never attempt to leave. But I was fleeing. I was determined to escape their wickedness once and for all.

Spotting the tall posts of the perimeter fence, my arms pumped with renewed vigor as I made the final steps of my sprint. I smashed against the rigid metal with a crash, the posts grinding at the force of my collision.

I frantically searched for a gap.

I ran along each post—no gaps, no holes… no hope.
In a panic, I fell to the ground, clawing the dry earth, tunneling, digging for freedom. My fingers raked at the hard mud—fingernails snapping, skin ripping, blood flowing—but I did not stop. I had no choice but to find a way out.

The siren wailed on, seeming to scream ever more loudly, like a countdown to my recapture. If I was found, I would be watched constantly, treated worse than ever before—I would be even more of a prisoner than I was right now.

I would rather die.

How long have I been gone? Are they close? Panicked thoughts whirled in my mind, but I kept digging.

Then I heard the dogs closing in; the barking, snarling, rabid, vicious fury of The Order’s guard dogs and my digging became more frenzied.

The disciple guards carried guns; large, semi-automatic guns. They defended this land like lions. They were brutal and they always got their prey. I would be captured and punished, just like her. Tortured for my disobedience.

The search hounds were louder now, harsh, heavy panting and nerve-jangling barks getting ever closer. I swallowed back the cry threatening to rip free from my throat and continued digging, burrowing, scooping, shoveling—to be free. Always yearning to be free…

I stilled momentarily as I heard a babble of voices. Sharp commands sounded out. Gun barrels were loading, the echoes of safety catches clicked; heavy boots stomped closer and closer.

They were too close.

I almost shrieked in frustrated terror when I judged the gap under the fence did not look big enough to fit me. But I had to keep going. I did not have a choice. I had to try. I could not live one more day in this hell.

Headfirst, chest grazing the newly-excavated ground, I slipped through the tiny gap under the fence. The flesh of my shoulder grated on the ragged metal of the mesh wire but I did not care—what was one more scar?

Using my hands as claws, I dragged my body forward. I heard clear voices, the crystal timbre of the brothers; their savage dogs, consumed by bloodlust, as they howled with deliberately induced hunger.

“She’ll be searching for gaps or weak links. Secure the second team along the north gate. We’ll head for the south, and no matter what, FIND HER! The Prophet will bring the wrath of the Almighty on us all if she is lost!”

Quelling an anxious cry, I pushed and scrambled forward. I scurried through the dry mud, legs flailing in desperation. Deep scratches covered my skin. My white gown ripped and tore into shreds on spikes of jagged barbed wire, and I watched helplessly as my blood trickled onto the dry ground.

No! I almost screamed out in frustration. The hounds would smell my blood. They were trained to scent blood.

With one final push, my body was through, only my legs were left to go. I shuffled onto my back, heels digging in, striving for freedom.

A feeling, no, a flood of elation at the realization I was all but free quickly evaporated at the sight of a black hound skirting round a nearby bush. Focusing on a tree outside the fence—a goal to crawl to—I tried to pull myself forward, when a jolt of pain seared through my left leg. Razor-sharp teeth sliced into my flesh, and when I looked down, a heavily muscled guard dog held my left calf in its grip; snarling and shaking its head, tearing into fragile skin and muscle.

Paling with the severity of the pain, I fought back a growing sense of nausea. I slapped my palms on the forest floor, finding purchase on a large stone. Choking back a scream that was clawing its way up my throat, I dragged my mauled leg away from the fence toward my goal. The dog tried to force its large head under the fence, tightening its grip on my limb, shaking it back and forth like it was playing with a stick.

With the last of my energy, I attacked. The stone I had dragged myself with came loose in my hands and I hit the dog’s skull over and over and over, its bared fangs dripping with white-red foam, its hellish black eyes burning bright with anger. The disciple guards starved their hounds to make them bloodthirsty and forced them to fight each other to make them permanently angry.

The disciple guards reasoned that the hungrier their dogs were, the more vicious they would be when hunting down deserters.
Inhaling through my nose, I tried to keep focus; I just needed to loosen the dog’s grip, just a fractional release to let go of my injured left leg.

And then it happened.

With a final crack of the stone, the incensed canine reared back, shaking its bruised head. I dragged myself free of the shallow gap, my breath coming in short sharp bursts as my body reacted to the shock.

As I shuffled away from the fence, a wry thought sped across my mind; I had actually done it. I am free.

The dog, though groggy and recovering from its hit, lunged for the gap. Once more it snapped its large jaws and sharp teeth and with it, me from my haze. Edging forward, I quickly filled the gap with as much mud as I could gather, then tried to stand, but my injured leg could not take the strain, could not bear my weight.

Inside, I cried, Not now! Please, Lord, just give me the strength to keep going.

A black-uniformed disciple emerged from the dense foliage, glaring furiously at my crouched form beyond the fence. He removed his balaclava and my heart fell. I would recognize that long scar on his cheek anywhere. Gabriel, Prophet David’s second-in-command; his brown heavy beard hiding most of his face, as was custom with all the brothers at The Order. However, Gabriel was the disciple my people feared most, the man responsible for the atrocity I witnessed tonight… responsible for me losing her… 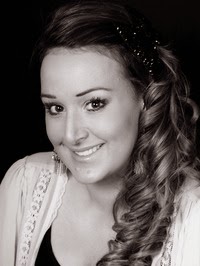 Tillie Cole is a Northern girl through and through. She originates from a place called Teesside on that little but awesomely sunny (okay I exaggerate) Isle called Great Britain. She was brought up surrounded by her English rose mother -- a farmer's daughter, her crazy Scottish father, a savagely sarcastic sister and a multitude of rescue animals and horses.