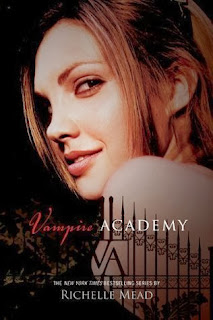 St. Vladimir's Academy isn't just any boarding school- it's a hidden place where vampires are educated in the ways of magic and half-human teens train to protect them. Rose Hathaway is Dhampir, a bodyguard for her best friend Lissa, a Moroi Vampire Princess. They've been on the run, but now they're being dragged back to St. Vladimer's-the very place where they're most in danger...

Rose and Lissa become enmeshed in forbidden romances, the Academy's ruthless social scene, and unspeakable nighttime rituals. But they must be careful lest the Strigoi=the worlds' fiercest and most dangerous vampires- make Lissa one of them forever.

How many vampire books are there and how many of them are based on the cliche' world of vampires? Too many to count!

The definition of Vampire: a dead person who leaves the grave at night to bite and suck blood from living people.

The very definition would cause you to assume that this book is about the un-dead who only come out at night and prey on humans, especially young females who are out wandering in places that they shouldn't.

The world that Mead created is not your typical Vampire World. She has created a world with not one, but two types of vampires and a hybrid.

Moroi- vampires that live off of not only blood, but food. They can go out in the daylight, only it makes them weak. They don't hunt humans, but have humans who willingly offer themselves to feed the Moroi, because they get off on something that is in the saliva of the Moroi.

Strigoi- vampires who feed on Moroi, hunting them down to kill them/turn them into Strigoi. They can't go out during the day and can only be killed by a stake to the heart, decapitation or set on fire.

Than you have Dhampirs (Hybrid) - part vampire, part human...do not drink blood. Most Dhampirs train to be the guardians of the Moroi. They have special abilities such has fast reflexes, keen eyesight and hearing. They are strong and are able to take on a Strigoi only after being trained at St. Vladimir's Academy.

Now that being said, it is a lot of information to take in, that's exactly what I thought! However, the way Mead wrote about these types of vampires, are easily explained. It sounds like a lot of info to take in, but she explains it much better than I can.

This has become one of my favorite Vampire Series and I have re-read it numerous times over the years.

Even if you don't like Vampire based stories, I suggest you give Vampire Academy a chance. It is full of action, fighting, romance, drama, mystery and much more.

This book was a page turner. There was not a second that went by that I was distracted because I was so involved with this book.

I highly recommend this book and the entire Vampire Academy Series! 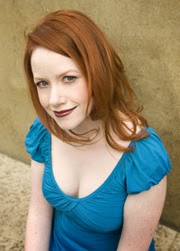 Scorpio Richelle Mead is a New York Times and USA Today bestselling author of urban fantasy books for both adults and teens. Originally from Michigan, Richelle now lives in Seattle, Washington where she works on her three series full-times: Georgina Kincaid, Dark Swan and Vampire Academy.

A long-life reader, Richelle has always loved mythology and folklore. When she can actually tear herself away from books (either reading or writing them), she enjoys bad reality TV, traveling, trying interesting cocktails, and shopping for dresses. She's a self-professed coffee addict and has a passion for all things wacky and humorous.