The Selection by Kiera Cass│Book Review 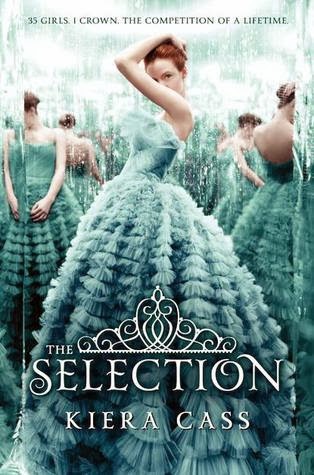 For thirty-five girls, the Selection is the chance of a lifetime. The opportunity to escape the life lad out for them since birth. To be swept up in  a world of glittering gowns and priceless jewels. To live in a palace and compete for the heart of gorgeous Prince Maxon.

But for America Singer, being Selected is a nightmare. It means turning her back on her secret love with Aspen, who is a caste below her. Leaving her home to enter a fierce competition for a crown she doesn't want. Living in a palace that is constantly threatened by violent rebel attacks.

Then America meets Prince Maxon. Gradually, she starts to question all the plans she's made for herself and realizes that the life she's always dreamed of may not compare to a future she never imagined.

Kiera Cass creates a world that is not far off of a possible future. The United States are no longer, just part of history, a distant memory...the United States is not as we know it to be.

The US is now call Illea, after the 4th World War is now run by an Anarchy. There are castes ranging from 1- being as high raking as possible to 8- people who have nothing, lowest of the castes.

The Selection of 35 girl's of age, drawn from a lottery, at a chance to win the affection of the Prince. This lottery is run through all the castes, with the exception of caste 1.

There is a mix of the following:
♥Drama-35 girls all competing for one man.
♥Humor- naturally some of the girls find themselves in situations that would embarrass anyone.
♥Action-threats and attacks on the Kingdom at anytime of the day from rebels.
♥Mystery- living in a castle with more than its fair share of secrets and secret rooms
♥Romance- the gorgeous and charming Prince Maxon.

In my opinion while reading this, I found it to be a mix of the Hunger Games- due to the castes much like the districts, The Princess Diaries- the dresses and glamour of the entire ordeal and The Bachelor with the one man selecting one woman to be his princess.

I rather enjoyed this world and many of the characters. Of course there were characters I found lacking, however they served their purpose in this story.

I highly recommend this book.