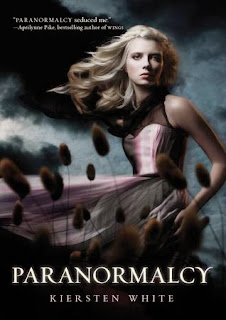 Evie's always thought of herself as a normal teenager, even though she works for the International Paranormal Containment Agency, her ex-boyfriend is a faerie, she's falling for a shape-shifter, and she's the only person who can see through paranormal glamours.

But Evie's about to realize that she may very well be at the center of a dark faerie prophecy promising destruction to all paranormal creatures.

So much for normal.

After reading nothing but New Adult, this was a nice turn back into Young Adult/Paranormal.

If you are a fan of Buffy The Vampire Slayer and Vampire Academy, I would say there is a good chance you will like this. No, there is no "Slayer" or "Dhampir", but it's similar nonetheless.

This book is filled with mystery, romance, suspense and action. It's fairly fast paced and a nice escape.

I would recommend this book and I plan on continuing with the series. 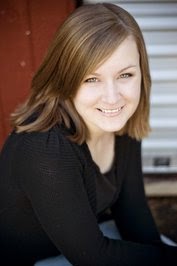 Hi, I'm the New York Times best-selling author of Paranormalcy and Supernaturally. I also give the most awkward hugs in the world. You should probably opt for one of my books over one of my hugs, but then again, maybe you like awkward hug.

As for me, I like writing flirting scenes, and fighting scenes, and sometimes I write scenes that fall somewhere in between the tow, but only if I can't avoid it.
Posted by BookTalkWithJess at 1/05/2014